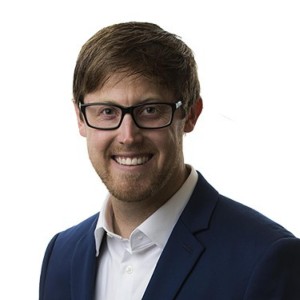 Back to News & Insights

How do you balance planning and strategy with seeking and following the Lord’s guidance? This is an important question for Christian ministry leaders to keep in mind… especially since the answer to that question is often a moving target. This is a question I often struggle with myself. I want to be wise with this ministry I’ve been called to, this ministry I’ve been put in charge of to steward well. I want to make sure I’m planning and developing strategy and not sitting around waiting for the Lord to do something. He’s called me to take action, right? We’ll walk through Proverbs 16:9 in a bit. I also don’t want to spend so much time planning and strategizing the Lord out of the equation. How do we plan, all while leaving room for the Lord to redirect and lead in new directions? How do we stay nimble? We had Chris Horst from Hope International on the podcast and he shared how his team at Hope have considered and thought through this process, and I’m hopeful that his insight can provide insight, guidance, and thoughtful consideration for your ministry. Let’s get into it and see how Hope International balances strategy with God’s direction.

The first question I asked Chris on this subject was, “how do you guys balance strategy and planning with seeking the Lord’s direction and guidance for the ministry?” To summarize his response, Chris said that they spend a great deal of time listening to their stakeholders. They make this a practice and discipline, something that is woven into the consistent practices of the organization. He said that when he started at Hope, the ministry was a lot more executive-team-driven than it is today, even though they’ve grown considerably as a ministry over the 13 years he’s been with Hope. Hope spends time surveying the staff, their church partners, their national ministry partners in the field, and their donors. They ask their stakeholders how they are doing. They ask and consider their staff’s hopes and dreams for the ministry. They ask how they have gotten things wrong, or where their teams think they can improve their systems and procedures. They spend time and effort creating focus groups, surveys, and a considerable amount of time communicating with their teams. Chris said, “we have a significant pipeline of communication always running within the organization, and honestly that’s where a lot of our innovation and visionary direction comes from, simply listening. Our direction comes from our organization as a unit, rather than directly from our executive team.”

“We have a significant pipeline of communication always running within the organization.”

Chris went on to say, “‘I think of Proverbs 16:9, a man plans his way, but the Lord directs his steps.’ We’re not called to keep the car in neutral, we’re called to make a plan and take steps, and as we take those steps towards our plan, God is going to direct our steps. That might mean a change in course as we prayerfully consider His direction, but we do need to make a plan and take action on that plan.”

The balance is found in prayerfully making a plan, prayerfully moving on that plan, and prayerfully considering the steps along the journey in pursuit of that plan. That’s how Hope International balances strategy with God’s direction. Notice that prayer is the constant in this model. More often than not, the area where I get into trouble, and where I see other ministries getting into trouble is over-action. Most ministries are not just waiting around for the Lord to miraculously take action. We’ve become so busy with the daily procedures that we spend less and less time pursuing the Lord. If I’m honest, that’s the case in my personal life as well. Generally speaking, the problem is not a lack of action, but over-action. Look at the current Western church model and you’ll see over-programmatic strategies with little to no fruit. There’s an over-doing for Jesus. It’s so easy to “punt” on being with Jesus, and enjoying Jesus, and I believe this is crippling our effectiveness. Now, it’s easier said than done right? Easier said than done to find that balance, especially in the culture in which I live in the West. Here’s an example.

I have a half-day of prayer scheduled on my calendar every single Tuesday. It’s a rhythm and habit I put into my weekly routine, and I have a harder time keeping that particular routine than any other routine I’ve tried to work into my life and ministry. Every single week, without fail, there seems to be something that comes up that fights for my time with the Lord. I don’t think that’s a coincidence either. Satan doesn’t want us seeking the Lord’s guidance. He wants us so busy that we can’t see where the Lord might be leading. But, we have to make the effort, force the habit and develop the routines that make time for us to seek and be with the Lord. Plan and strategize, take action, and allow space, room, and time to pursue the Lord in the direction he might be leading. If we can strike the balance between those things, we’ll be in a good place.

During our conversation, Chris gave a great example of how their steps towards Hope’s plan, while prayerfully seeking the Lord’s guidance, resulted in a strategic transformation that has been fundamental to Hope’s effectiveness and success. Chris said, “for the first ten years of our ministry we ran nonprofit banks, much like credit unions in the U.S. In 2008 we got a request from the Archbishop of the Anglican Church in Rwanda. He said it was great we were running Microfinance institutions, but there was actually a whole group of people, maybe even a majority of people who weren’t financially ready for Microfinance institutions. People who weren’t ready to even step into a bank. People who were even more vulnerable than those we were serving at the time. He said, ‘we could serve them if we were to allow partnership in savings groups, which is an intervention that doesn’t require a formal institution, but rather allows people to save and lend to one another through the context of the local church.’ We had never done this, our friends at the Chalmers Center were doing this to great success, but it wasn’t something we had considered. So, we considered the idea as a leadership team, prayed about the idea, and moved forward with the idea. Now, savings groups through the local church make up about half of all the people we serve. It’s been a remarkably successful tool that we didn’t plan on pursuing. It wasn’t in the original strategy, but it’s become a huge part of our ministry.”

Chris’ example is a great example of staying nimble to where the Lord might lead all while staying true to the mission of the organization. That’s important to keep in mind. Notice that Hope didn’t start pursuing water projects in Rwanda, they didn’t start fighting human trafficking or homelessness, they stayed true to their purpose while being nimble to the strategy of execution on that purpose. This is why it’s so important that we have a solid grasp of our purpose as ministries. It’s so easy to get off course when our purpose isn’t clearly defined.

Read More of Our News & Insights 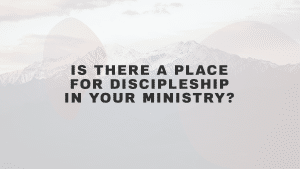 Is There a Place for Discipleship in Your Ministry?

Is There a Place for Discipleship in Your Ministry? Jesus came near and said to them, “All authority has been given to me in heaven and on earth. Go, therefore, and make disciples of all nations, baptizing them in the 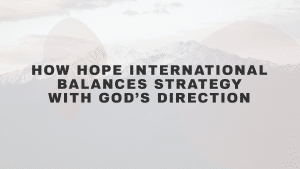 How Hope International Balances Strategy with God’s Direction. How do you balance planning and strategy with seeking and following the Lord’s guidance? This is an important question for Christian ministry leaders to keep in mind… especially since the answer to 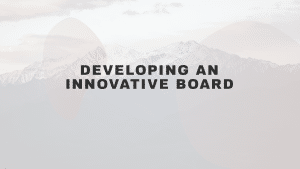 Developing An Innovative Board with MedSend

MedSend has an incredibly simple, but effective model. Remove the barrier to the mission field for healthcare providers by covering their educational debt. MedSend partners with a long list of sending agencies and up until the date of our podcast,

Let's tell powerful stories of how God's working through your ministry.

Don’t lose out on donor investment because your stories aren’t being told effectively. Let us help you become the guide and mentor your donors need to be the hero’s for your cause.

The creative agency for ministries.